“I like trains. I like their rhythm, and I like the freedom of being suspended between two places, all anxieties of purpose taken care of: for this moment I know where I am going.”
― Anna Funder

This is such a neat spot to eat, drink or shoot an engagement session! Porters Restaurant & Bar in Medford, OR is such a cool place! The staff was especially accommodating and the building has such a nostalgic  atmosphere inside and outside. I thought it was quite fitting for Mike & Sharon as they embark on their new journey together!

Engagement sessions are not just about producing images for the newly wed couple.  This is a chance for me to get to know them.  Sometimes people just happen to cross paths at just the right time and amazing things happen.  That is how Justin and Eden’s story began and I cannot wait to capture the next chapter!

Jason & Kendra’s wedding is just around the corner and I am still enjoying the engagement session pictures!  So, the weather was NOT on our side in getting these finished, but that didn’t stop us.  We rescheduled a couple of times and got some pretty cute shots of the couple and Sadi!  We even have the proposal site in the background of some of the shots!   Here are a few of my top favorites from the session.

And this is how you make sure she says “yes!”

Tina and Kyle are very special clients because they are also my sister and brother in law.  The miles between us is more than I like, but we are dreaming and planning of the day we can drive only minutes to see one another!  When they said they were coming to Klamath Falls for a visit, I was excited!  When they said they wanted photos done while they were in town, I was elated!

The skies in Klamath Falls are often great back drops with insane colors and dramatic clouds (one huge benefit of onsite photography).  I was hoping for an intense sky since it had stormed the evening before.  It wasn’t quite as I had hoped, but the session turned out very nice.  It ended up being a session where every image is remarkable and decisions for the “keepers” was difficult.  Here are a few of the images from our session!

Once upon a time . . . Trever and Ashley had an engagement photo session near Lake of the Woods.   We walked through a field and down a path with the Fall air and scents beginning to set in.  These two have many exciting things surrounding them, but the planning and anticipation of the wedding is surely near the top of the list.  Trever will be in his Marine Corp. dress blues and Ashley’s dress is amazing.  The venues they are considering are rustic and classy.  Yup, I pretty much cannot wait to photograph their wedding day!  Stay tuned for their Happily Ever After . . . 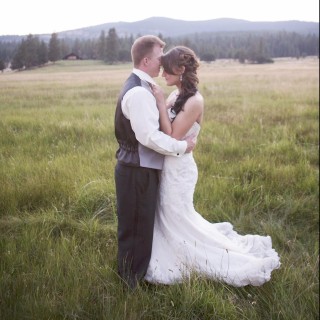 DCLphotography, For a remarkable photography experience!